Relay For Life was this past Friday into Saturday. R4L is an event that is a part of the American Cancer Society. It is a 19-hour event that takes place in the community, where community members and students and parents can participate in raising money for the fight against cancer. Our goal to raise was about $98, 000 and we'll find out if we reached that goal by tomorrow.
The reason why I relay is because I lost my Memere (grandmother) to cancer 2 years ago. I've done Relay for Life for 6 years now and I am going to continue to do it in her memory, because I still miss her very much. She was a very important person to me.
The event started around 4-430p on Friday and ended Saturday morning at 6am. The opening ceremony started at 6p where the Survivors who came to participate in the event took the first lap (the Survivor Lap) and then everyone else started to walk laps. You collect donations for each lap you walk, but I'm not sure how much. I can check on that and inform anyone later if they're curious.
There were other events inside of Relay that took place to raise money, such as the "Queen of the Relay" where one guy from each team (because we form teams of 10-12 kids or community members) must dress up as girls and walk around trying to get donations from other teams. It's a bunch of fun and the guys who participate, well, let's just say it's interesting to see their take on girls sometimes, haha! The guy from our team is like my adopted brother. We've known him since we transfered schools and he was in Top's class. JP is so cool and he's like a part of our family. Well, most of our friends are like a part of our family. XD Anyway, JP was our "Queen" this year and he decided that he wanted to parody Lady Gaga. His girlfriend did his make up and I did his face paint and I supplied him with one of my outfits and boots. Another of our friends let us borrow a wig they had. It was really funny.
We had a Luminary Lap where we turn off the lights so that the bags that line the walk path are the only things lit up with electrical lights. These bags (can be decorated) have the name of someone who is fighting cancer or who has lost their battle with cancer written on the front of the bag. They are made up when people donate money to have a luminary made. It's a sad lap that usually has someone cry (usually me and other people who have lost loved ones) and helps us to remember what we are Relay-ing for.
After the Luminary Lap (11-1130pm-ish), a bunch of me and my friends (both my brothers friends and friends that I had graduated with 2 years ago) played an intense game of Wink. For those of you who don't know what Wink is, check out this link: http://www.wikihow.com/Play-Wink The only difference is that when we all play, we call out the name of the person (instead of Winking at them) and the objective we use is you either have to kiss the Winker on the forehead or tap them on the head. All in all, it is an awesome game and I love playing it and you can tell because now I have a bunch of rugburns from the grass, cuts and scrapes and bruises and my arms are sore, XD Totally fun though and totally worth playing. We played until about 1a-2am-ish. Let's start a game sometime!
They played movies around 230a-3am-ish. The first movie they played was "The Blind Side" and since I never saw that I sat on the field to watch it. Afterwards they played "Sandlot" and I've seen that one so I returned to our campsite to just relax. I napped a bit for about half an hour I guess and when I woke up it was time to pack up the campsite and go home. We packed up our site and then me and my brothers went home to sleep and my parents stayed to help clean up.
JW showed up for the event but he didn't stay the entire time. Together we grilled hot dogs and burgers on a charcoal grill....that was an interesting experience for the both of us...XD We tossed a frisbee around until we stopped because apparently I suck...(-_-)
He left around the Luminary Lap. His knee was hurting...
And...that is R4L. =)
And now my manager wants me to go into work because we have 4 new people that she has to train all at once and because I'm a CT I have to go in and help...I don't want to go in but I agreed to go in from 8p-11p. Urgh! Why?! Blah, I, I, I...just ugh. This is the fast food job, by the way, just so we're all clear that it isn't the awesome job that I already work for or just got hired by. XD
Blah...
Current Mood: 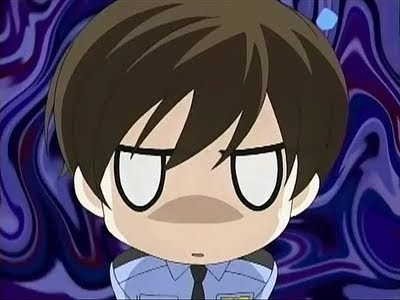